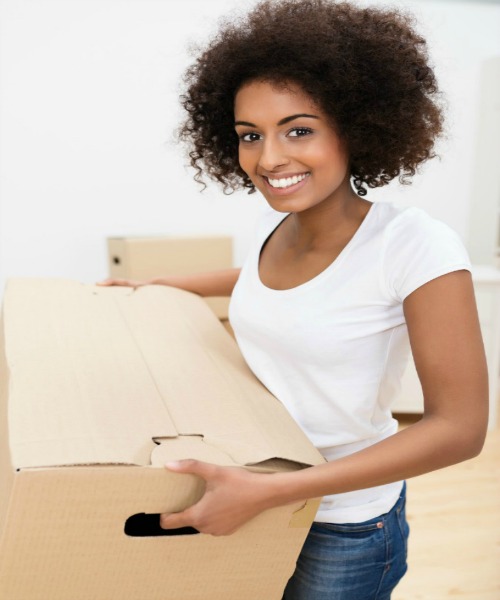 “Clutter is a physical manifestation of fear that cripples our ability to grow.” -H.G. Chissell

Your closet resembles a thrift store filled with racks of cramped clothing. Your furniture drawers are so full that you have to force to close them. You have multiple electronics and household items (working and non-working) that you are not using.

You’re renting a storage shed because you no longer have space in your home for all of your belongings. You look around your home and with a feeling of frustration. You simply don’t have enough room. If this sounds like you, it may be time for you to declutter.

Clutter and over-consumption affects the lives of millions of people. One definition of clutter is “to fill or litter with things in a disorderly manner.” One of my favorite definitions of clutter is “a state or condition of confusion.” Holding on to things and letting them pile up can leave you plainly confused and discombobulated. It can limit your ability to think straight. If left unchecked, cluttering can lead to more serious issues such as compulsive hoarding.

The fifth edition of the American Psychiatric Association’s Diagnostic and Statistical Manual of Mental Disorders (DSM-5) was released in May 2013. In this revised DSM, “Hoarding disorder” was added as a new mental health diagnosis, and is defined as a “persistent difficulty discarding or parting with possessions, regardless of their actual value.”

With this new diagnosis, more treatment options will become readily available for people who suffer from hoarding. The television series, Hoarders, depicts the lives of people who struggle with compulsive hoarding. It is a prime example of how many individuals have lost control of their lives, due to “holding on to stuff.”

Of course, your clutter may not be as severe as the people featured on the show, but clutter, at any extreme, is not healthy and can have negative effects on a person’s emotional and physical well being.

What is the root cause of your cluttering?

I truly believe that one of the main reasons that people have clutter is because of fear. Fear of letting go. Fear that their things will not be made of good use by someone else. Fear that they “might need it one day.” Many of you have already heard of the general “one year rule” regarding clothing: If you have not worn it a year, let it go. However, many people still hold on to that article of clothing that they haven’t worn in years, or that unused household item, “just in case.”

People have different reasons for not letting go. It may be time for you to self-reflect to determine what is causing you to hold on to things that have no significant value to your life. Some questions to ask yourself are, “Why am I holding on to this? What do I fear will happen if I let it go? What will I really lose/gain by getting rid of this?

Six great reasons to get rid of clutter

Yes, getting rid of clutter will give you more space to enjoy new things. This does mean you should get more things just to create new clutter. However, it’s about making room for things that are of more importance and value to you.

Steve Harvey, comedian, radio jockey, daytime TV host, and best selling author, knows the value of getting rid of the old to get the new. In his book, Straight Talk, No Chaser, Steve tells a story about an important lesson his mother taught him. Steve was living with his parents and working hard to save for a new car.

His mother responded, “If God gives you a new car, where are you going to put it? Your old car is out there on blocks. If you’re going to ask God for something, act like he’s going to give it to you and make ready to receive it.” Steve finally understood that his old car was taking up the space that he needed for a new car. Steve quickly took heed to his mother’s wisdom and got rid of the old car. Two months later, he drove his new car onto a clean, empty driveway.

This is what many of us need to do on a regular basis. Rather it be clothes, household items, past relationships, or even past hurts, we need to learn to let go of the old in order make room for the new.

I can attest to the amazing feeling that comes after getting rid of clutter. Just the feeling of knowing that I was fearless and bold enough to “let go” is like no other. You would be surprised at how much weight is lifted off you just by getting rid of things you’ve held on to for so long. It makes you feel free!

3. Brings a sense of calm, serenity and order

Instead of disorder and confusion in your living spaces, you will create for yourself a more spacious and peaceful environment. Imagine coming home from a hard day of work to a place that is inviting and relaxing, instead of chaotic and jumbled.

4. Someone else needs and could make good use of what you have

I’m sure you’ve heard the saying, “One man’s trash is another man’s treasure. ” Well, it’s absolutely true. Someone may need the very thing that is just collecting dust in your house.

You will be able to do household chores faster and easier when you don’t have so much stuff lying around. You can use the time you saved to do things you are passionate about.

6. Moving will be less strenuous

Relocating can be a daunting task that many people tend to dread. Having an excessive amount of clutter does not make moving any easier. If you stay diligent in keeping clutter out of your home, you can cut down on some of the headache involved when moving, and experience a more smooth transition.

Make removing clutter an essential part of your lifestyle. The benefits of removing clutter from your life are tremendous, and far outweigh the costs of holding on to it. From now on, only hold on to things that increase your peace, freedom and happiness.